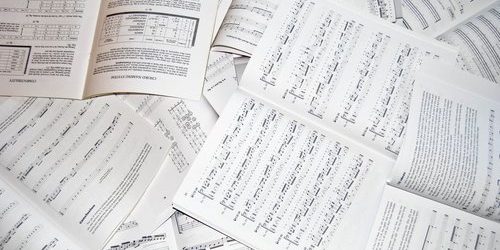 No education, no problem for some musicians. While some of us believe that you have to be well educated to succeed in the music world, some musicians have proved us wrong, with most of them opting to drop out of school. In fact, some of them see education as a waste of time. Here are some top talents which dropped out of school.

In his teens, Mick showed a promising academic career when he joined the London School of Economics. Little did we know that he would drop out of school only to become a rock-and-blues icon. This was a hard decision to make, and only the bold can do it.

While men have no problem quitting school, it is quite another thing for girls to quit school; it doesn’t happen so often unless someone is super courageous to face the consequences. In her own words, Rebecca quit California school to escape her classmates who used to harass her a lot. That did not stop her from becoming one of the most popular music stars. Who hasn’t heard or even watched her “Friday” hit? Although Black’s mother would later homeschool her, that hasn’t had any significant impact on her music career.

What a name! Born in 1986, Turner has already scaled the heights of the music world, with his influence so vivid in the music landscape. Despite the fact that both his parents were teachers, Turner decided to go against their will; they wanted him to study English Literature. At that time, Arctic Monkeys (Turner’s band) was already gathering momentum, and this placed him in a really tricky decision making decision. He opted to defer his studies for a year and focus on music. However, when the band hit super stardom, Turner wasn’t able to go back to school, and the rest is history.

Other top artists who dropped out of school include, among others, include the following: